Hello! My name is Jonathan Hacker. I am an independent game developer and a current undergraduate student. I am studying computer science, and liberal arts at Seattle Pacific University. I have grown up with a passion for designing games. As a kid I would draw maps on big sheets of paper, create my own levels with in-game editors, or make up new rules for board games. Eventually I taught myself to program so that I could realize my ideas fully.

My projects are made using GameMaker, on my own or with small teams. For creating assets I also use Aesprite, Audacity, FL Studio, and other development tools. I also have experience with Unity, (Certification) though I do not yet have any professional projects using Unity. 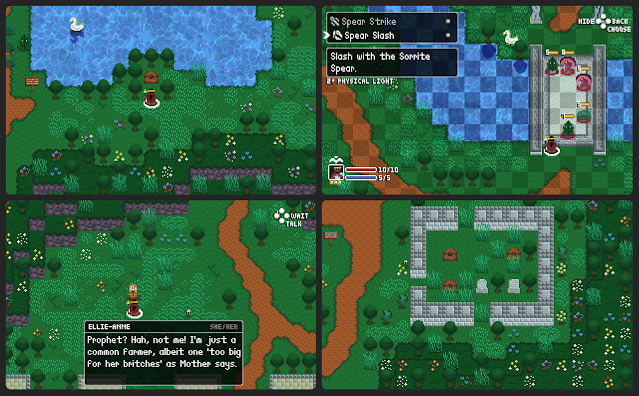 My current project, still in development. Daughter of Dreams is a tactical RPG game with strategic turn-based combat, an epic fantasy story, and an ever-changing procedurally generated world. This is the most technically challenging project I have worked on, due to the procedural generation and elaborate turn-based combat system. I am currently working on adding enough content to produce a demo, with a release goal of March 2023. 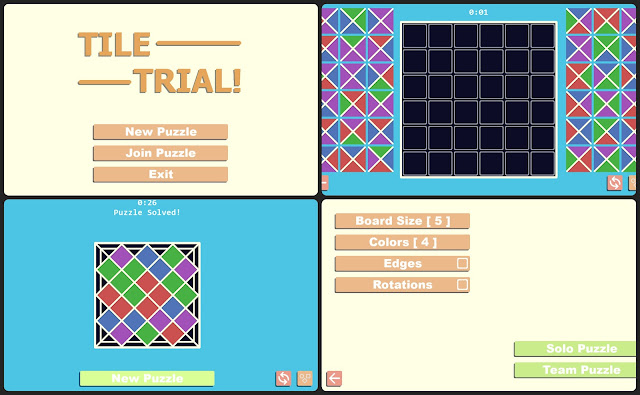 Tile Trial! is a two-player cooperative online puzzle game for Windows 10 and Linux. A pair of friends can connect in a match together, and cooperate to solve a customizable grid-based jigsaw puzzle. This project was challenging to develop due to the inclusion of multiplayer. This project is was developed in a team of three for my Computer Science capstone requirement. A sci-fi point-and-click adventure game. I did the programming for this game, according to the design of another person who did the artwork and writing. To aid the collaborative process, I also developed robust debugging tools and informational overlays, so that the designer could easily provide feedback for me to implement. I also managed a large number of different assets, so that they could be implemented into the game and quickly updated when necessary. An adventure puzzle game, published on December 14th, 2019. This was the first public game project I brought all the way to completion. It was primarily a solo project, and I did the design, programming, writing, audio, and most of the art. My focus for this project was level design, and I created eight Zelda-style dungeons designed to challenge the players' navigation skills and spatial reasoning. 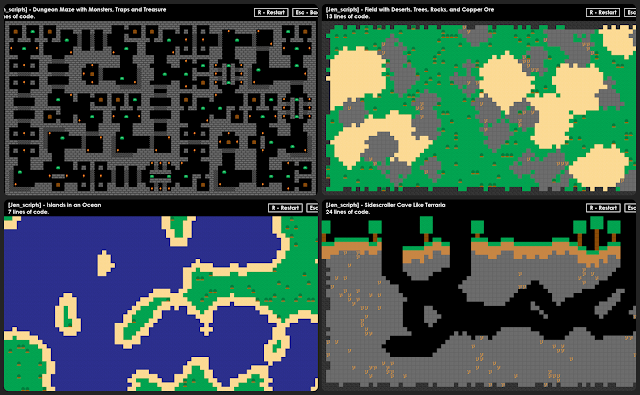 A library for GameMaker Studio 2, designed for rapidly developing procedurally generated content. I implemented support for many common techniques, including heightmaps, cellular automata, wandering paths, maze generation, flood-fill, and geometric shapes. Data can be stored, copied, and combined, allowing for easy integration of hand-crafted content into the procedurally generated level. I also wrote complete documentation, including explanations and example code.

This project was initially released in 2018. It received a major update in 2020. 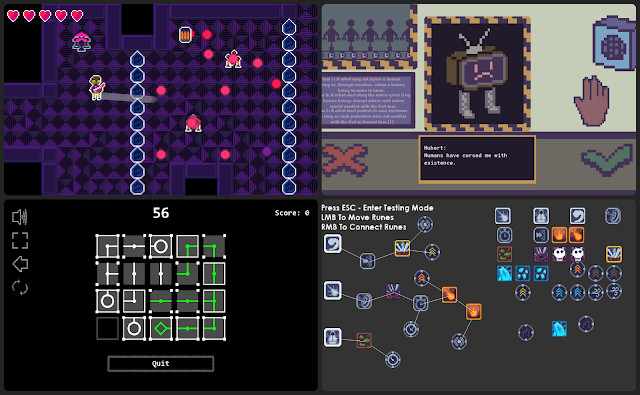 I regularly participate in game jams to test ideas and practice developing styles of games I am unfamiliar with. I try to pick a new genre to try each time, and by now I have participated in over 10 different game jams and as many different genres. For game jams I often participate with teams of 2-3 people, usually performing a design or programming role. The link above shows all my game jams and a download link for each of them. My most successful jam games are Wastoid Rodney and FAZIL.