What I find most inspiring about creativity is the ability to craft a fantasy world, beautiful, new, magical, and completely alien. I have written before about the world-building in Daughter of Dreams and how I wish Somnar to be something different and unique. I consider this game to be a work of epic fantasy, and the story-telling is one of my key design pillars going into this project. The story may not be realized in the game itself until much later in the process, but I have begun designing characters and writing snippets of dialogue from the start. Today I want to introduce those characters. They are merely concepts, so they may change throughout development, but I think their essence will remain the same, only refined. 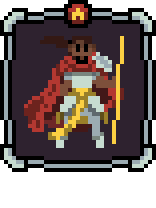 Sonya is the Hero of Light, who once lead the charge against the City of Shadow, and drove away the enemy, in an event known as the Great Victory. Now, she has been summoned from the ancient past to defend Somnar once again from the dark sorcerer Charon. She is a disciple and soldier of Ta'Reya, and fights with a Sorrite spear destined to defeat the darkness. 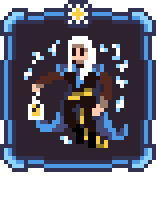 Lydia is the Prophet of Light, sent to aid Sonya in her mission. Lydia is an ardent follower of Ta'Reya, and was chosen for her kindness, sincerity, and loyalty. However, the weight of responsibility makes her uncertain, and the grim necessities of war lead her to question even her most deeply held beliefs. But she must persevere in the face of darkness, lest Charon succeed in his nefarious goals. 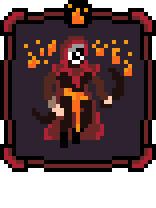 Duran is an outcast, unwanted by the followers of Light and the common-folk alike. He suffers from a Cinder addiction, a substance which leaves him nonfunctional on the best of days. Furthermore, he bears a dangerous curse, one more terrifying in its power than even the dark magic of Charon. He joins Sonya in an effort to finally commit himself to something valuable, and perhaps free himself as well. 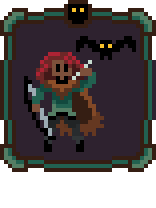 Angela and her familiar, a Void Owl named Kree, herald from a distant land. Angela is an investigative historian, hoping to uncover the lost legends of Somnar, the truth of what happened in the Great Victory. Among those tales, she hopes to find evidence of her ancestors, whom she believes to have originated from the heart of Somnar, yet fled when the City of Shadows fell. 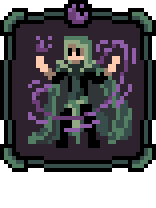 Charon, the dark sorcerer, and the last witness... He has returned to wreck his revenge of the followers of Light, for they once vanquished him generations ago with the aid of Ta'Reya. But they have weakened since, and now he hopes to reverse the flow of time and return the City of Shadow to its former glory. Yet he will find his efforts stymied by an anomaly--Sonya the Hero of Light, human and yet immutable and nearly invulnerable to magical attacks.

Ta'Reya, the God of Light, is the beacon of hope for the followers of Light. The legends say that when the people prayed, Ta'Reya set fire to the Moon of Night, and she is the reason that Somnar has two suns, and will never again to be shrouded in the sinister dark of night. Now Ta'Reya acts again to save Somnar, bringing the Hero of Light back in the hour of need, so that she may vanquish Charon and prevent night from falling again, forever.

Sai'Ra is the God of Pain, among the most dangerous beings to walk the Void. He prefers to work indirectly, and frequently offers his power to mortals seeking great power. He extracts only the smallest price: their eternal pain and anguish. His reach is vast, and his motived are arcane and unknowable... Duran is one who bears the curse of Sai'Ra, and the God of Pain is not quite finished with him yet.

The story throughout Daughter of Dreams will be character driven, a necessity for a procedurally generated game, as it is much harder to tell a linear plot. The interactions between characters will be essential, and I hope to create a flexible system where the various characters may leave or rejoin the current party depending on events in the story. Their unique powers will be expanded upon as I work on the combat prototype, and the specifics of the plot are currently being worked out behind-the-scenes.

What I have presented here is only a brief introduction to the characters. This is an ambitious project, and there is much more depth to the characters that is not revealed in this post. I can't wait to show more details of Daughter of Dreams as I continue to make progress. There may not be many more story information though, as I want to keep most things spoiler-free. Finally, I'd like to thank my brother, who created the concept art used in this post, and will be doing most of the character art for the game itself.